I started, against my better instincts, watching Outlander. Boy, what a weird, weird series so far…. It has some very enjoyable moments, but the overall impression is like getting on carousel and then finding out it’s a roller coaster in a fun house.

The basic premise is that an English battlefield nurse is touring Scotland with her history buff husband just after the end of WWII. After witnessing a druid right in a kind of Stonhenge-esque group of rocks she touches one of the stones and is transported to a few years before the Jacobite rebellion. Before she knows it she’s forced to marry a young, gallant and handsome young highlander who’s being pursued by her husband’s evil ancestor.

The heroine is given impossible modern attitudes (in 1945 let alone the 18th century) and she’s makes a valient attempt to raise the consciousness of the Highlanders with an odd brand of romance novel second wave feminism.

Still, it’s a lot of fun and if it made more sense it would probably break down entirely and be unwatchable.

Which brings us to Tobias Menzies and the fickle vagaries of genetics and stardom. Menzies plays  the dual role of mild-mannered genteel WWII intelligence office and his ancestor an evil enforcer of the Highland Clearances.

He acts the rest of the cast straight into the dirt and is the best reason to watch the show which makes me wonder why he’s not a bigger star. The answer is that he’s handome…. but probably just not handsome enough. There’s something off with his mouth that looks crimped and rodent-like (sort of like Keira Knightley before her surgery – maybe it’s an English thing) and his lower face is a little… asymmetrical and he has chipmunk cheeks. 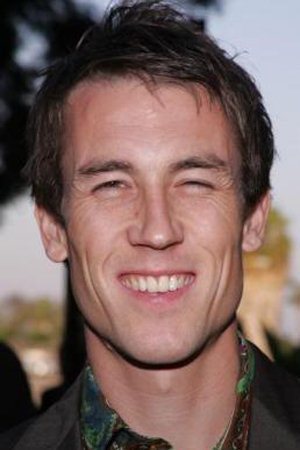 But not exactly a Hollywood heartthrob

This is maybe why many of his roles are what might be called noble losers. He was Brutus in Rome (principled and tortured and finally a failure), and in Game of Thrones (no link necessary) he was Edmure Tully (the bridegroom at the Red Wedding who later delivered Riverrun to the Lannister-Frey alliance).

With his talent or in an era that accepted less than perfect looks he could be a huge star. As it is, he’s a pretty successful runer up leading man, the one who doesn’t get the girl because he’s not exciting enough. How the cookie crumbles…