Eurovision is a glorious, overblown, one of a kind mutant cultural spectacle. I love it more than words can say (though usually the songs are crap and I almost never agree with the results).

Anyhoo, I’d been thinking it was getting to Eurovision time and was meaning to check the schedule but was caught be surprise when I stumbled over it during random channel surfing. 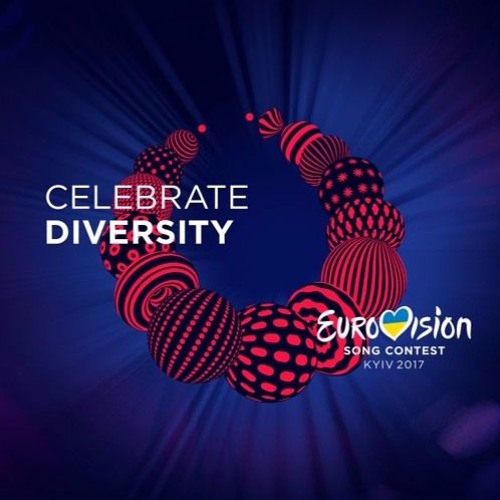 I missed the first few songs and only paid scant attention to the ones I did, but here are my first impressions… (with some help from youtube)

The whole thing…. god, I love the internet…..

Sweden – Typical Swedish entry, bland, catchy pop, blah. It will doubtlessly place very high but you forget it two seconds after its over (and the performance is also kind of…. okay)

Georgia – A bit overblown (which is good), but lost between standard issue anthemic Eurovision and hermetic screechy lady weirdness to make too much of an impression, you need to pick one and go with it. The excentricity seems a little forced .

Australia – The singer looks like he has some Aboriginal ancestory which is more interesting that the song, which is….. okay? kind of MOR song that might edge into the top 40. I totally approve of Australia’s participation in Eurovision but not so convinced with this.

Albania – As often happens with Albania, itust misses having an anthemic beat and ends up being kind of a sprawling mess, also as happens often with Albania the singer looks very young.

Beligum – Okay song, kind of poppy and maybe even catchy, but the singer clearly has no gay friends, she seriously needs a makeover as she manages to look frumpy and tired even though the announcer says she’s 17.

Montenegro – The song is crap but the performer has a little of that old Eurovision craziness, beginning in a large blue skirt that gets ripped away to reveal sparkly skin tight pants and he spends a lot of time twirling his very long pony tail braid. This is more like it!

Finland – The singer sounds like she’s auditioning for an early 90s Disney animated movie, the song sounds like it didn’t quite make the cut for the final soundtrack…. pass.

Azerbaijan – Don’t care about the song, but there’s a guy in a suit and a horse head balanced precariously on a ladder! He has a horse head! And he’s on a ladder! But…. nothing comes of it, he takes of the head and then carefully climbs down….. Azerbaijan! I’m very disappointed in you! Do not lead me on like this!

Portugal – About every other year I love Portugal’s entry but they don’t have the backing to do very well. This is not one of the years I like Portugal. He gets full credit for not singing in standard Eurocrap English but the song is too low key and I could see myself getting tired of his wide-eyed manchild shtick very quickly….

Greece – Kind of Euro-disco-y and almost has a hook, it will probably do well but I’m not convinced. It does have guys splashhing around in shallow pools of water for absolutely no reason so it’s got that going for it but overall too tasteful for my tastes

Poland – Another singer with no gay friends, her outfoot looks like she’s hoping for a wardrobe malfunction (maybe the only way to get people to pay attention). The problem is that Polish people generally have very weird musical taste that is both bland and terrible (not quite sure how they manage it) and so they always send something misguided that doesn’t appeal to anyone else.

Moldova – Funny looking guys with the lamest signature dance move possible that brings attention to their terrible shoes and then bopping around like goofballs. One is playing the saxophone while hopping around like a maniac so I’m impressed (I used to play saxophone and it’s really easy to loosen your teeth if you move around too much). I’m on board with this!

Iceland –  Really? Scandinavians (sensu largo) usually take this pretty seriously so I’m not sure what’s going on here. Just nothing very interesting, the song is kind of bland the singer is good but not great and the performance just misses and goes nowhere. Nope.

Czech Republic – Pretty good song with a very good performance. Nothing that weird except that she has an odd shiny thing that looks like a cross between overalls and…. no it just looks like overalls. Some vaguely homo-erotic projections while she’s singing but nothing crazed

Cyprus – Pretty good, it has an identifiable hook and is anthemic without sounding too much like vote-whoring. The pefromance was generally too tasteful for my tastes (I say that a lot) like he’s really wanting to make it through on musical merit alone. Cyprus, that is not how you win my heart

Armenia – This is More! Like! IT! Cliffee likee! Crazy lady singing her lungs out while dancers do strange pseudo-Egyptian posing. Song? Who cares about the song? The singer has a dangerous, unbalanced vibe that suggests that if you don’t vote for her she’ll follow you home and cut you up! Thumbs up! Georgia? THIS is how you carry the crazy lady vibe off!

Slovenia – The song is not bad, sort of catchy but the singer has a sleazy lounge singer vibe crossed wtih pool boy who keeps the wife happy when the boss is not around if you know what I mean (and I think you do) he smiles and winks at the camera in a way that makes me want to shower off in kerosene and then light a match.

Latvia – Clearly trying for a “We’re so random!” vibe and just missing. I think it’s because the lead singer (wrapped up what looks like, but isn’t, old movie film with mid 80s Nina Hagen hair) keeps smiling in a nice and sincere way. To pull the look off she either needs to sneer or smile in a way that makes it clear she’s imagining the audience in a large pool of blood…
As for the results, my top ten (based on song and weirdness of performance combined) would be…

That’s seven out ten, not too horrible (or very horrible depending how you look at it).
I’ll do more Eurovision between now and Sunday – you have been warned….

1 Response to Loves me some Eurovision, 2017 pt 1: first semi-final