Funny place Malta. Just go back from my second trip there this year and have these trite observations.

While it’s really small it feels much bigger on the ground because it’s crowded with people which makes it much longer to get around. Most tourists use the local bus service which is designed for local people which means (as my mother used to put it) “you have to go around your ass to get to your elbow” which means a two or three mile trip (as the crow flies) suddenly takes a half hour or more. It’s also suprrisingly not crowded everywhere but has some open greenish spaces and lots of small farms (which makes the populated places all the more crowded).

People drive like maniacs and every day you witness at least a dozen or so near misses (and very many local cars have dents in them). In a bus it isn’t so scary but the car ride to the airport was pretty hair raising. The terrible driving is one reason the bus service doesn’t work better as a local lady told me at the bus stop – they can’t find enough drivers because driving on the narrow roads full of aggressive speed demons is too stressful for the money.

Despite the crowding there’s lots of empty houses and buildings. Apparently inheriting living spaces is complicated and so after the owners/residents die they can lay fallow for years. Prices in realty offices are very unrealistic and I think the British have worked their ususal speculation magic to hike up prices.

But a lot of it is like this too….

It was a British colony at one point so in addition to driving on the left side and awkward weird British electrical plugs English is an official language. The Maltese overwhelmingly use Maltese (very cool language) among themselves (with English bits peppered in here and there) but most public signage is in English and when they do speak English but they sound more like fluent second language speakers and not natives (I’m not talking accent but modes of expression). In some ways at some times it seems like a large immigrant community that is still in the assimilation process. For decades Malta was an emigration country (there are a lot in Australia apparently) but now in the EU there are also a lot of non-Maltese people, especially in tourism and running small stores and help wanted signs are all over the place.

There’s not much in the way of beaches and the tourism infrastructure seems to be mostly from the 1970s and 1980s so it’s a bit like going back in time which has it’s good parts (fewer small children in ‘family’ hotels) and bad (generally older and on the verge of breaking down). Sea views are harder to come by and I think that traditionally the Maltese more huddle away from the shore (the path of various invaders over the years). The sea is a silky sheer blue with occasional streaks of turquoise or azure. The water is super clear when it’s calm but there’s lots of large crashing waves too.

It’s weird to be in a Maltese Catholic church and hear the first words “O Alla”. The Catholicism is a lot more…. carnal than Polish Catholicism, I’m not sure if this is Italian or Arab influence. The figures on crucifixes are noticeably more bloody than Poland and even Mary is often shown with a dagger in her heart with blood dripping. Many houses have little ceramic plaques embedded in the walls of Jesus or more often Mary (somtimes both). And many houses have names written on the walls, a kind of odd Anglo-Italian syncretism? 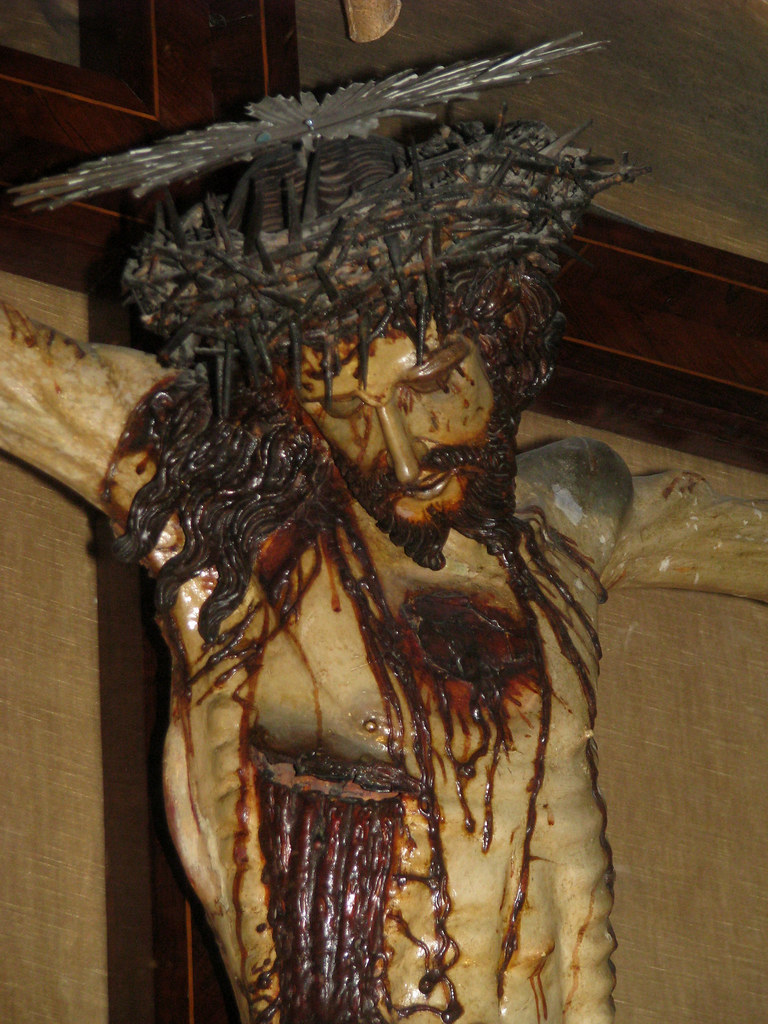 The Anglo-Italian syncretism seems to be run to the street food as well with lots of different kinds of meat pies along with things like arancini. Oddly there aren’t many traditional Maltese restaurants around though middle Eastern restaurants are pretty common. There are tons of small Maltese places with snack types of food like ftira (a local type of sandwich). There might be six or seven places to sit and locals stop by to meet and talk.

Malta is also very much in the thick of all the nasty things that can be done by manipulating money, which is probably what got the heroic journalist Daphne Caruana Galizia killed, more specifically her role in investigating the Panama Papers. It’s a small, seemingly insignificant little island country in the Southern Mediterranean but now it’s also floating in the waterworld of liquid capital and could easily sink…

Like Loading...
This entry was posted in Uncategorized and tagged liquid capital, Malta, travelogue. Bookmark the permalink.

1 Response to Notes on Malta