A few days ago, a Polish TV station shared sensational (in theory) footage of neo Nazis celebrating Hitler’s birthday in the woods somewhere. It created quite a sensation but I don’t think it’s what its being portrayed to be. No link here but you can find the report (in Polish) easily enough on youtube, just type in “urodziny Hitlera”.

To me the whole thing looks like a bunch of guys larping (larp: live action role playing) at being Nazis for the cameras by people who can barely keep a straight face. At one point one of the neo-nazis tries a goosestep and almost falls over and some of the other dialogue sounds like they’re trying very hard to sound eeeeeeviilllll. I’m not saying it’s entirely fake but I am saying they’re playing up for the camera in a transparently ludicrous fashion. 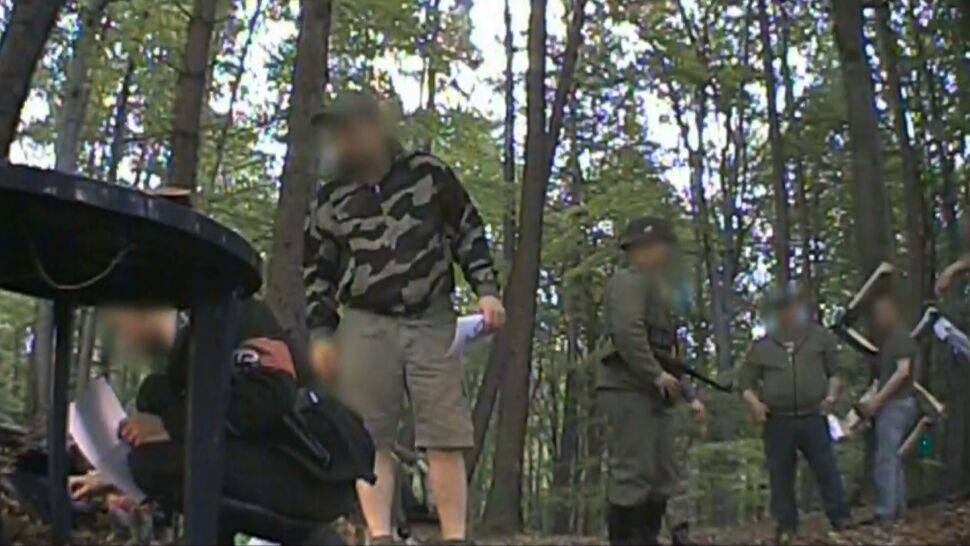 As hard as it is to believe these guys are not a threat to European peace….

Nonetheless a lot of people got really worked up about it and opposition politicians were darkly intoning this was the fault of the current government (which had immediately denounced the activities and opened up some investigation thingy or other). Now I’m very far from supporting the current government which is terrible in many ways, but holding them responsible for a couple of dozen slug brains playing dress up in the forest seems like a stretch.

Some people were claiming that the whole thing was a set up, carried out by special forces,  in order to make the government look bad. My opinion, taking into account the footage, was to assume it wasn’t special forces because I would hope they would have done a more convincing job.

In any free society there will always be a few neo-nazis, better to keep it legal so you know who they are. Mass hysteria about them will only make them stronger.

Like Loading...
This entry was posted in Uncategorized and tagged larping, life in Poland, tv nation. Bookmark the permalink.