I still hate the idea of songs with guaranteed byes into the final so I didn’t write about the big five or Portugal till now.  My idea would be to make every single song go through a semi-final and restrict the final to 24 (or better yet!) just 20 songs.

Anyhoo, the songs with a bye were:

Spain: Not too bad, Spains’ best entry in years… except that it sounds a bit too much like an Italian song from last year’s San Remo (Nessun posto e casa mia by Chiara).

Portugal: I usually like the Portuguese entry because they usually sing in their own language and it usually sounds interesting, but they don’t have a good record of reaching the average European viewer… This is a nice number with no chance. And it’s a little too similar to last year’s winner. Often countries self-sabotage after winning because putting the show on is an expensive logistical nightmare.

United Kingdom: I didn’t like this at first, thinking she was channeling Annie Lennox a bit too much, but then stupid lax security let some unfortunate mentally ill person invade the stage, grab the microphone and yell something about British Nazis… then when she gets the microphone back she gives the most committed performance of the night. She’s offered the chance of a do-over but declines… good call. It shouldn’t win, but she personally would get 8 or so points from me for keeping her head in a scary situation and setting the stage. on. fire. 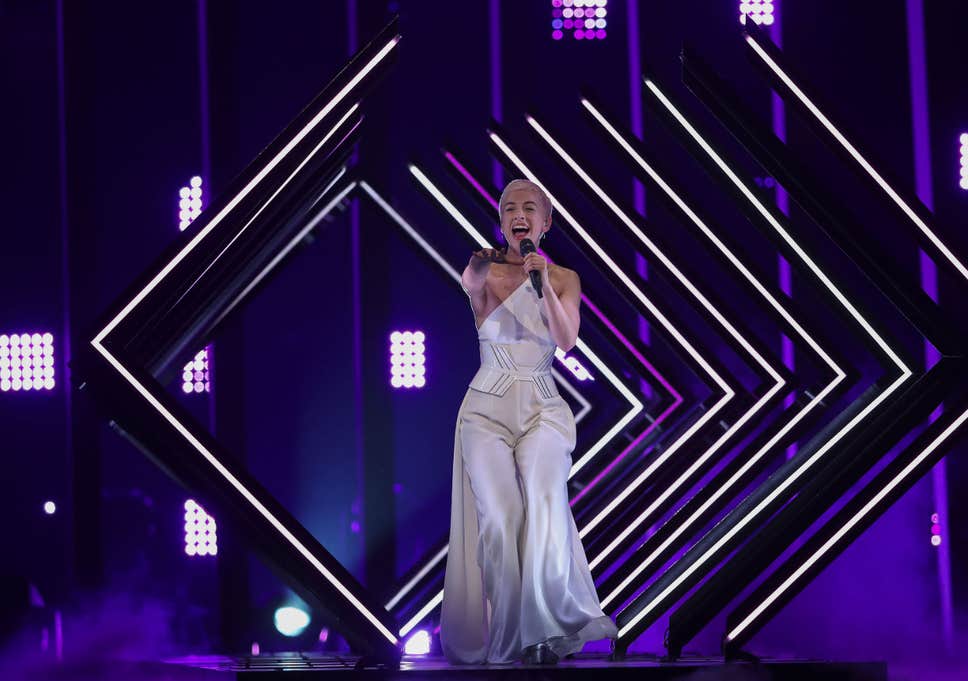 The second half of this was the best performance of the night.

France: Much better effort than usual from France. Apparently it’s about a baby born on a migrant boat but the humanitarian message is undermined by the group dressing like vampires and doing what looks like a nazi salute at some point (probably just bad choreography, but…. quoi?)

Italy: Supposedly a song against terrorism (what a brave message!) but actually is of the school of modern European cowardice and might be summarized as “terrorists aren’t very nice if you ask me” leading to the chorus of “if we ignore them maybe they’ll stop hurting us”. Italy now just sends the winner of the San Remo festival so they usually do pretty well, but I liked the second place San Remo song better this year (una vita in vacanza by lo stato sociale). The performance had problems in that one of them kept speeding ahead of the beat. 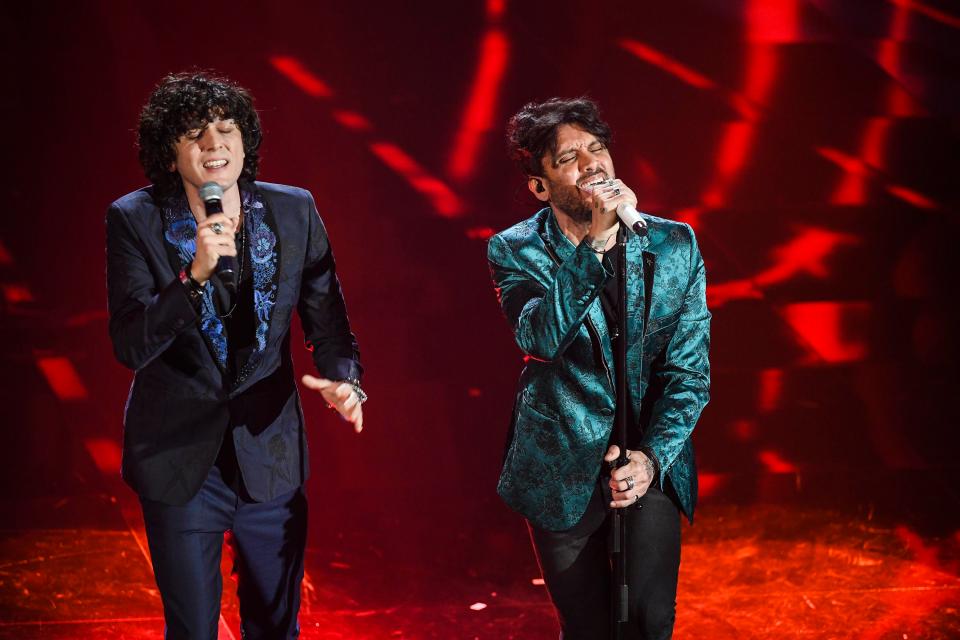 Brave Italians not being affected by terrorism

Hosting and guest acts: The hardest part of being a Eurovision fan is putting up with the hosts and their chatter and the guest acts. This year there were four women, one of whom was endearingly goofy while the others were just kind of bland. They finally get around to having last year’s winner perform during the televoting and he introduces Caetano Veloso (living legend of Brazilian music) and I should be happy but I just want to get to the voting. 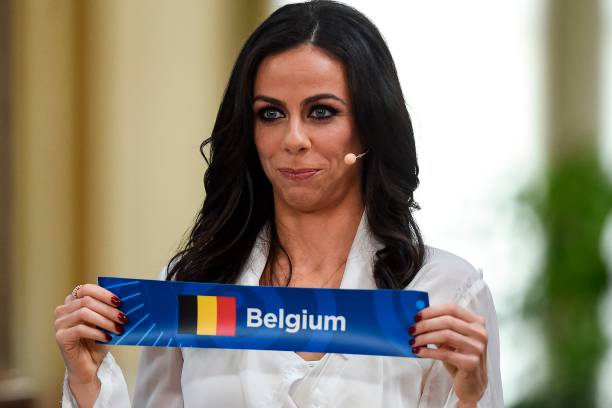 Voting: For a long time Eurovision was decided by ‘juries’ of people from broadcasting or the music industries, eventually this led to songs winning that appealed to the juries (average age in the 40s or so) but not the musical public. Then it was decided by televoting by viewers which led to massive nationalistic bloc voting and/or idiots voting multiple times. For the last few years the system has been a combination with the juries announcing their results and then the televoting results are announced. That’s probably a better system but in a year like this one it can reveal weird splits. The biggest splits were probably Sweden (in the top three or so by jury results and bottom three with the public) and Italy (close to the bottom by the juries and close to the top by the public).

Watching the jury results my heart was sinking because they were rewarding bland or just barely okay songs by Austria (won the jury vote…. wos!?) Germany (was?!) and Sweden (vad?!)

So next year in Israel, at least there will be better security and so it’s doubtful that mentally ill attention whores will interfere with the proceedings.

Like Loading...
This entry was posted in Uncategorized and tagged Eurovision!, loves me some Eurovision. Bookmark the permalink.