Living and Not Learning: Marxist edition

My new youtube listening obsession is listening to unapologetic Marxists who can’t wait for true socialism, of which there is a surprisingly large amount. I completely understand studying Marxism as historical theory or whatever and purely as a theoretical historian he had some good insights. But these guys (virtually all men) aren’t into that. They’re all about praxis as they try to project his analyses of 18th century French farmers onto modern Trump voters and/or try to explain the many benefits of labor vouchers or how people who are bored by staying at home with all their material needs being met will volunteer to work in factories because, you know, that’s never reallly…. happened.

Of course the big elephant in the room is that many have tried to operationalize Marxist theory and all the attempts in a variety of places applied to various types of societies that differ in important ways culturally and socio-economically have without exception been catastrophic failures (there have been some not terrible communist parties within multi-party systems but they’re irrelevant for this point). 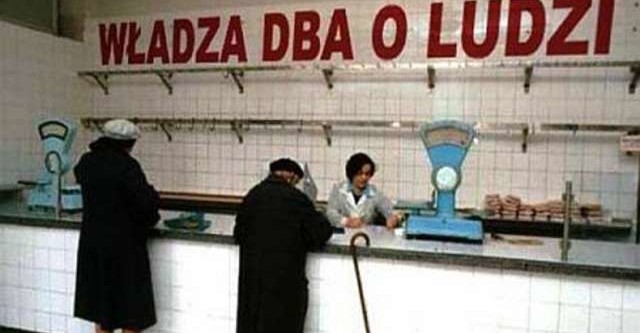 The messy reality…. the sign says “The authorities take care of the people”…. ha!

But there’s no way to put more lipstick on that pig. Operationalized Marxism is either:

a: One of the most well-documented failures in human history. It’s never worked (at producing liveable conditions fit for intelligent human beings) despite decades of experimentation involving hundreds of millions of human beings. Is there any social science or historical theory that is one tenth as robust as “operationalized Marxism produces steadily worse living conditions for most people”.

b: The most ineffective political theory in history since ‘real’ Marxists have never gotten their paws anywhere close to the levers of power in the century and a half since the publication of its manifesto. It’s a sterile philosophy for sterile theorists who have no ability to turn theory into practice.

If there’s a third option then please let me know.

I understand that part of what’s going on is disillusionment with neoliberalism and consumerism as social projects and the part of me that understands that is glad to see more and more people more and more disillusioned and ready for something else.

I just hope most of them are smart enough to leave the Marxist idealism behind when the time comes.

1 Response to Living and Not Learning: Marxist edition