I just got back from a week spent on Spain’s extreeeemely touristy Costa del Sol. My last trip in Spain was about three years ago and what I remember then was state TV was constantly showing government officials who were non-stop trumpeting the idea that the crisis was over, done and finished. Over. 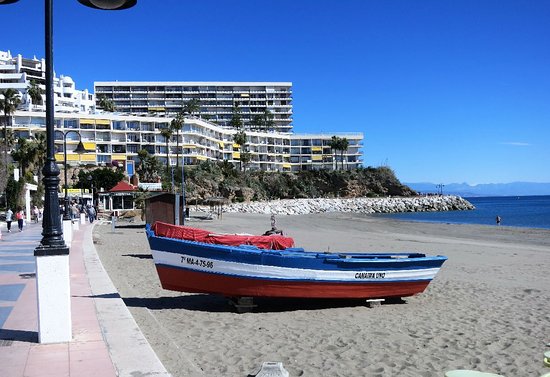 For the full effect add a few thousand tourists to this scene….

I misunderstood that at the time. And it was only while leaving this time that I finally got it. The idea of a crisis being over is usually understood as initiating a period of new growth leading to more prosperity, happy days are here again.

What the Spanish government was actually saying is: “Welcome to the new normal, things aren’t going to get any better than they are right now. Deal with it and stop poking around in our economic business while you’re at it, you peasants ¡Viva España!”

In the most heavily trafficked touristy areas I was in about 20 per cent of storefronts were empty. Signs announcing liquidation were not rare. Once you get out of the most touristy parts the number of empty storefronts increases, I wasn’t counting but 30 to 40 per cent seems about right.

FOR RENT – It’s a sign of the times… or forever now.

There was also a return of begging on the streets. A few looked like Romanian gypsies but the majority looked and sounded Spanish. And there was also visible homelessness which I don’t remember seeing before.

This is all the EU and Euro have to offer Spain now, permanent austerity and a return to permanent comparative poverty (pretty lavish compared to the past or the third world now, but still… not great) and the need for the population to be psychologically willing and able to leave Spain for greener pastures.

And the newly installed Socialist prime minister just announced that he will not publish the names of tax evaders (no matter how many times he’s promised to in the past) the message is that the public needs to stay out of the elites’ business and feed themselves however they may…. ¡Viva España!