Writing checks almost completely passed Poland by. The country went from literally buying everything (including cars and houses) with cash to very widespread use of bank debit cards about 15 and 10 years ago (some credit cards, but mostly bank cards).

Then it got even easier with (don’t know the term in English) karty bliżeniowe (approach cards??? close cards???) with which it’s enough to told the card close to the credit card terminal for a second (and maybe type in a PIN if the amount is high). I had an embarrassing episode or two when I left the card on the machine while I bagged things and then walked off without it but fortunately(?) they happened in stores where they recognized me. 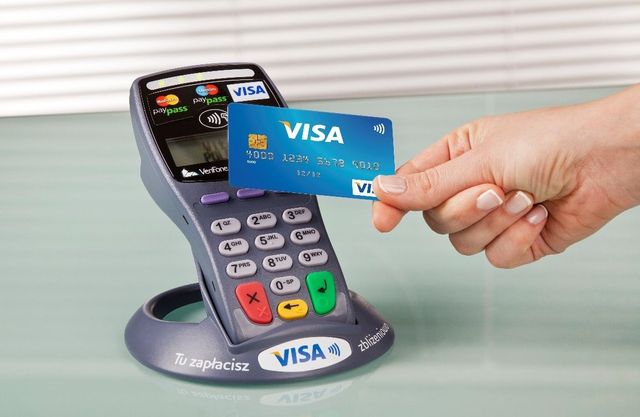 What I should have done….

I’d collected a bunch of coins in a drawer and I thought maybe I should pay more with cash so I stuffed some in my wallet (people here keep coins in their wallet…) and made a purchase, the total as 17 zloties and 48 groszy. I handed the cashier a 20 and repeated the amount of groszy.

“You have change?” she asked (Polish stores are always hungry for small change) and I said yes and started digging around among the coins while suddenly three people appeared behind me. It took much longer than I’d like (the coin pocket is too small to distinguish some coins which differ only in size (and then not by much) so I have to dump a bunch out in my hand and starting pawing through them).

After I finally manage to scrape together 48 groszy (after a false start or two) I turn to putting the rest of the coins and then my wallet away  and then bagging my things and the young lady behind me has already been rung up but can’t get to the machine with her card because I’m in the way so I stand back and then bag everything while the people in line (much younger) are staring daggers at me.

I think i’m going back to the card. Real convenience always wins….

Like Loading...
This entry was posted in Uncategorized and tagged convenience, life in Poland. Bookmark the permalink.