This year Easter was relatively late for Roman Catholics which normally wouldn’t be interesting, but this year began a long surreal period because not much more than a week later began the May holiday marathon.

May 1 (aka Święto Pracy) may have been a phony communist holiday in a country that hated communism but it was a day off work dammit and once a free day is established on the Polish work calendar then good luck trying to turn that into a workday again. 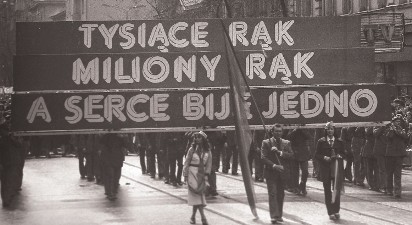 (Thousands of hand, millions of hands and a heart that beats as one) No one does this anymore.

Then after the end of communism an old pre-communist holiday was picked up and dusted off and another day came off the work schedule, May 3 which became May 3 Constitution Day (Święto Narodowe Trzeciego Maja – literally National Holiday of May 3).

And the crowds… do not go crazy.

And, the way things go in Poland, once you have two free days with only one in between, what are you gonna do? You’re going to turn the day in between into a de facto holiday, that’s what. So welcome Polish National Flag Day (Dzień Flagi Rzeczypospolitej) to be celebrated on May 2!!! You’re not an official free day yet, but God help anyone who actaully tries to get anything done on that day. 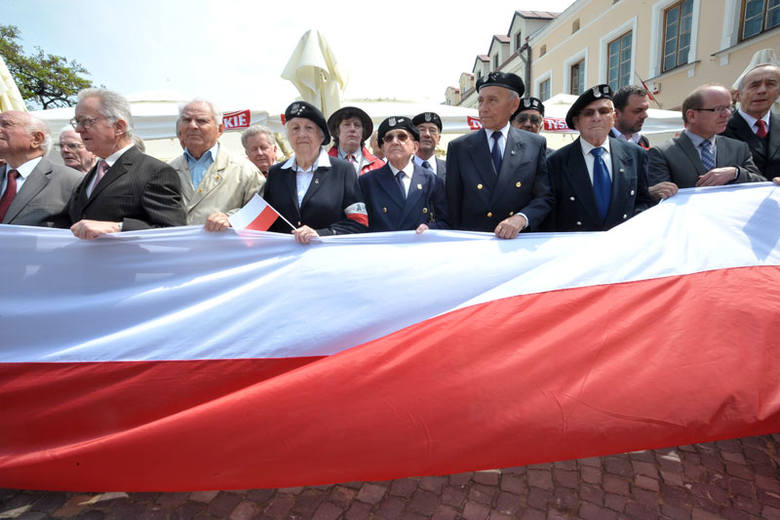 This photo shows 80% of the people who observed flag day….

And how are this cornucopia of holidays celebrated? Parades and parties and flag ceremonies and historical reenactments? Don’t be ridiculous, this is Poland where holidays are celebrated in pretty much just two ways. Either you get out of dodge and go somewhere (preferably out of the country – since it’s not so hard to clear off the rest of the week) or you sit at home and do whatever you do at home. I’ve done the traveling thing myself but not this year – I was thinking of a quick trip to Berlin but the weather has turned cloudy and a little chilly so…. cocooning at home it is!

Officially there are a handful of ceremonies (and a military parade on May 3) but hardly anyone not directly involved pays any attention.

If you work in higher education then the May holiday week marks the end of actually trying to teach anything (although classes go on well into June). All students care about form now till the end of the year are the exams (which are given a ridiculous degree of importance) so students are too stressed to take in new information.

This coming week I don’t have to get back into the full swing of things because of another phony holiday just for university students – Sport Day (which students observe by staying far away from any kind of sporting activity). So… yeah, the academic year is all downhill from here.

Like Loading...
This entry was posted in Uncategorized and tagged holidays, life in Poland. Bookmark the permalink.