I’ve never been able to watch more than bits and pieces of any of the NCIS or Law and Order or any of the other procedural dramas. The tech talk sounds as dumb as Star Trek technobabble and without any Ferengi to liven things up. The characters are flat and uninteresting and the most I can get into it is that some actor I liked in other things has a steady gig… that’s nice for them.

But I’ve been devouring episodes of the late 1960s Dragnet on youtube. I remember watching many of them when they were first broadcast and seeing them again is a welcome treat and the ones I hadn’t seen are a new delight.

The shows are 25 minutes (for 30 minutes of airtime in the less ad-filled 1960s). And each one is like a mini morality story narrated by the implacable Jack Webb rolling through the human landscape like a tank destroying everything between Friday and Gannon and the truth.

The dialogue is crisp and crystal clear (it needs to be considering the speed at which it is delivered). And I love the artless direction (and the trademark dialogue sequences with the camera straining to keep up with whose talking).

I’ve also noticed lots of things I’d never noticed before, the little history lessons or trivia about LA that begin each episode. And of course I still love the guilty subjects avoiding the camera as a disembodied voice gives the viewer an update on the trial and fate of the suspects. It’s unrealistic in the way that Friday and Gannon are constantly cycling between Juvenile and Vice and Homicide (and other divisions) and of course it’s a riot seeing the boys trying to blend in when they go undercover (and Friday going casual in a sweater is a special delight). 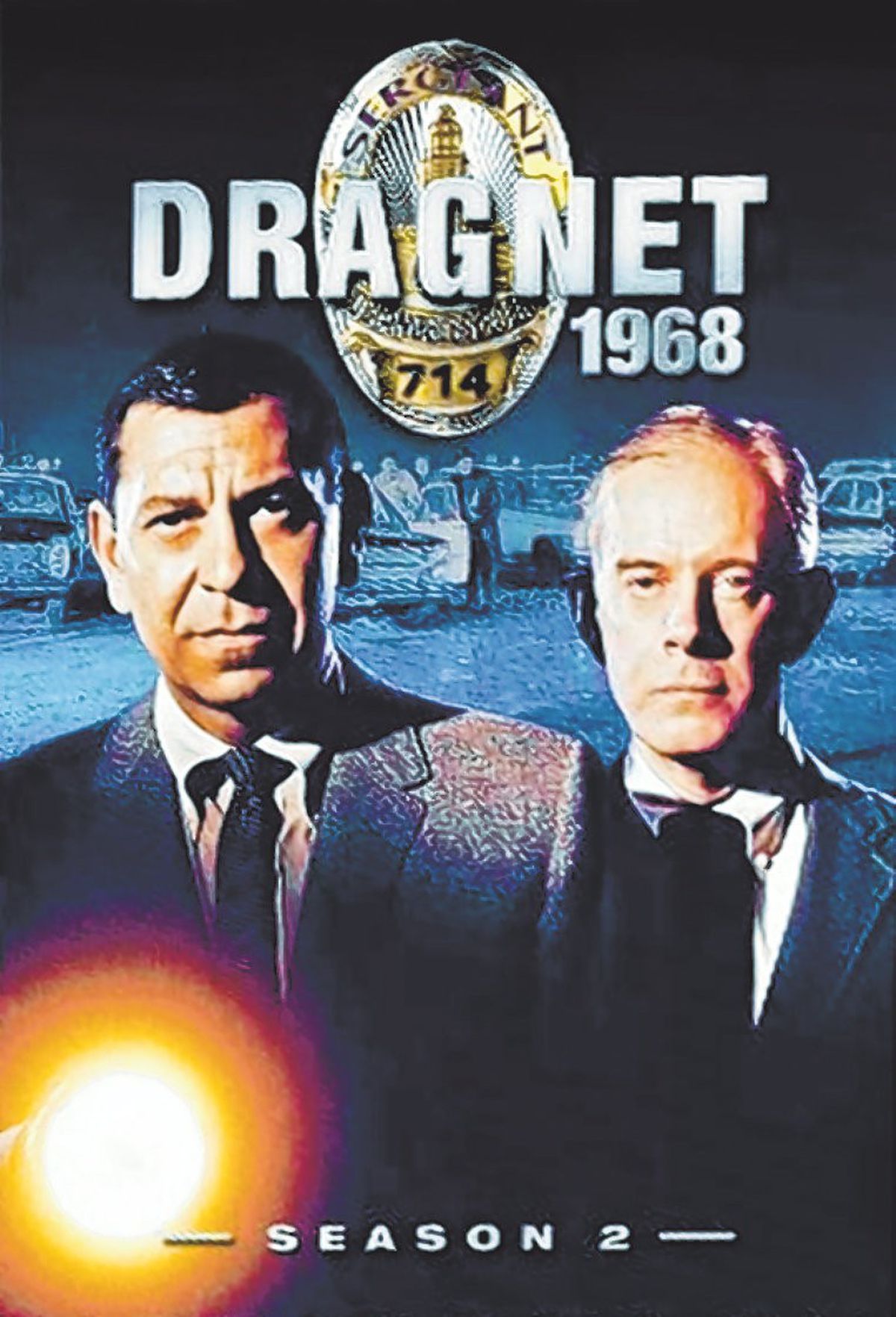 The world may have been falling apart in 1968, but Friday and Gannon were there to hold it together.

The show has become my favorite background as I work and the shows wear well in repeated viewing. It’s a different, low technique type of law enforcement and a lot more interesting to me than the androids in the modern crime labs.

And of course the show is the all time champion in final pithy lines. Almost every conversation ends with someone (usually Friday) delivering a trademark conversation ender and a dropped mic as the music kicks in.

I could go on more about how great this is, but I have to get back to more episodes. They’re not gonna watch themselves.