It’s Eurovision time, which would normally be a time of great joy, but I’m behind with some things (due to awkward holiday timing and procrastination). This year I started watching official videos about a month ago (not obsessively or anything but to get a feel for the songs. And…. I was not tremendously impressed.

As one of the few people in the world (I hope!) who has compiled their own guide to Eurovision aesthetics. I was not bowled over.

There were a whole lot of listless dance anthems and soulless power ballads and the stink of non-inspiration and vote whoring was heavy in the air.

So… a quick rundown…

Cyprus: Listless dance anthem in thigh boots and semi-bondage wear (two themes that will run throughout the night).

Montenegro: Kind of….. okay? But sung in awkward Euro English (which I hate, hate HATE).

Finland: Anonymous rockish kind of thing. The singer is wearing a combination of jeans and thigh boots… which is not interesting though infinitely more interesting than the song.

Poland: I had hopes for this one. I like the group which uses folkish elements (especially folk harmonies) and folk costumes in a contemporary way that doesn’t suck (harder to do than you might imagine). Most Polish people are completely alienated from the country’s folk traditions so this was a brave choice to send. They looked and sounded great but… traditional local culture is not the way to go far in Eurovision…. 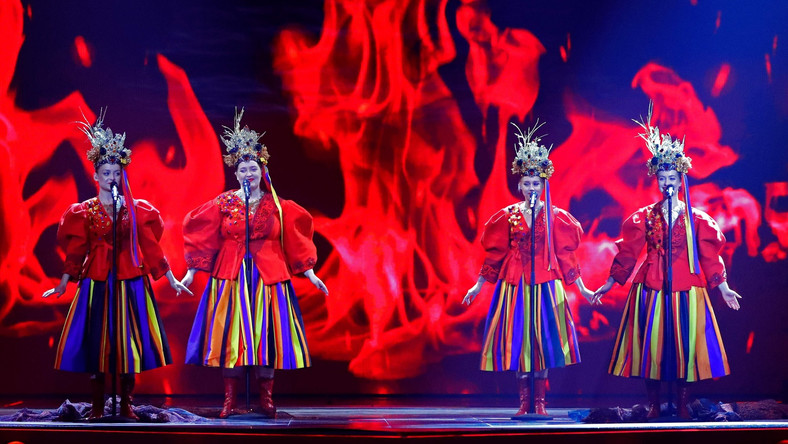 Folk costumes and flames…. what more do you want?

Slovenia: Sung in Slovenian which I would normally like, but there’s no real tune and it’s too slow and the singer has no energy and less personality than several blank pieces of paper I’ve seen.

Czech Republic: Fresh off the horror of the twerking white guys last year…. brrrrr (flashback trauma… activate!). But this didn’t suck. The sound is rather like an album cut of a pop R&B group around 1974 (it reminded me of ‘Walking in Rhythm’ but not in a sound alike way). The look was the bright primary almost day-glo look of some British groups around 1987 or so…

Hungary: Same artist as two years ago and maybe even a better song. But not so gimmicky (unless going barefoot and sporting a man bun count… which they shouldn’t). Sung in Hungarian which is always a plus.

Serbia: Soulless power ballad that seems to confuse the performer herself…. Why?

Georgia: The singer looks like a Romanian singer (Smiley) which is distracting cause the song is…. not. very. good. I want to like it because it’s sung in Georgian but I fail… I do like the fleeting moments of overtone singing, but not…. enough..

Australia: Finally! Something to root for! A coloratura soprano in a fairy crown warbling away while swinging around on a swaypole! Where else but Eurovision?! This restores my faith in the process.

As long as things like this happen… Eurovision serves a purpose in this world.

Iceland: Sung in Icelandic? Cool! The Polish announcer described it as Depeche Mode meets Rammstein which is fair. Lots of bondage gear and odd dancing…

Portugal: The performer knows exactly what he’s doing and why. No one else in the universe might understand why he’s weirdly emoting and dressed in pseudo Kabuki bondage wear while another guy is dancing (actually spazzing out in time with the music) but the performer knows and I trust his judgement. 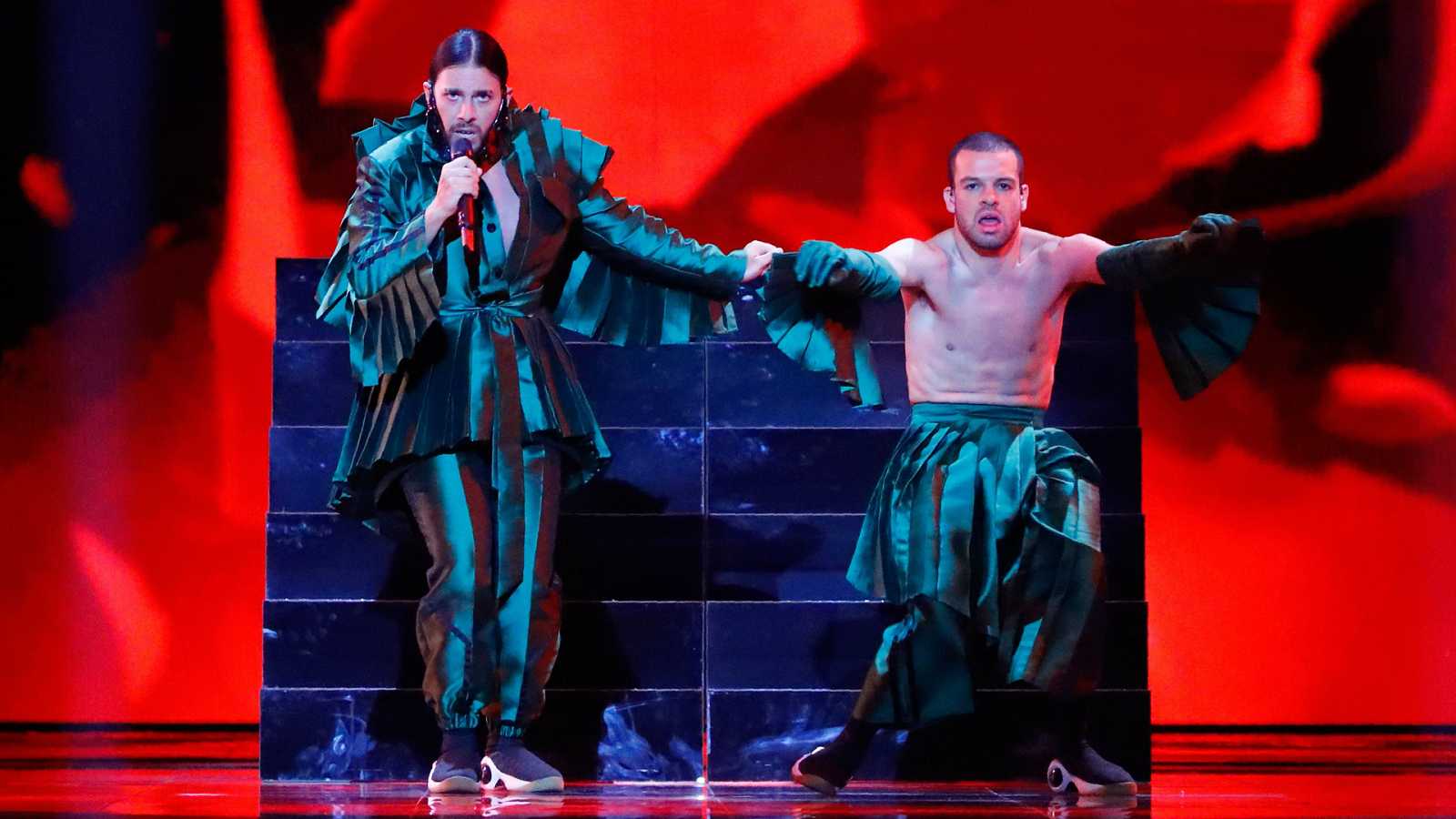 I would not dare question any of these choices.

Songs I most want to go through to the final.

Songs that make it through to the final… (countries I want in bold, countries I didn’t want crossed through)

That’s rough… only two of my picks made it and all of the ones I most disliked made it. I hate you sometimes Eurovision!

But… I’ll be back after the second semi-final. Why can’t I quit you?!