I feel like being a little less negative now that I’ve entered all the grades that I can enter for the time being (it’s a long and exhausting process due to the piece of crap software the university uses and a bunch of other reasons I won’t bore you with).

Anyway, one of my favorite youtube channels of late is the cooking series “Pasta Grannies“. It is, as the name suggests devoted to elderly Italian women making homemade regional pasta dishes and it is a complete delight.

The women are all old (some extremely so in the 90s) and each video features one (or two) as they say a few words (they’re game and seem to enjoy the attention but a little camera shy at times) about the dish they’re going to make and then we watch them get down in the kitchen.

There’s an English language announcer who walks the viewer through the process but who cares about that, the fun is watching these women whip up amazing looking dishes with the kind of nonchalent expertise that comes from decades of preparing dishes that have been handed down across many generations. 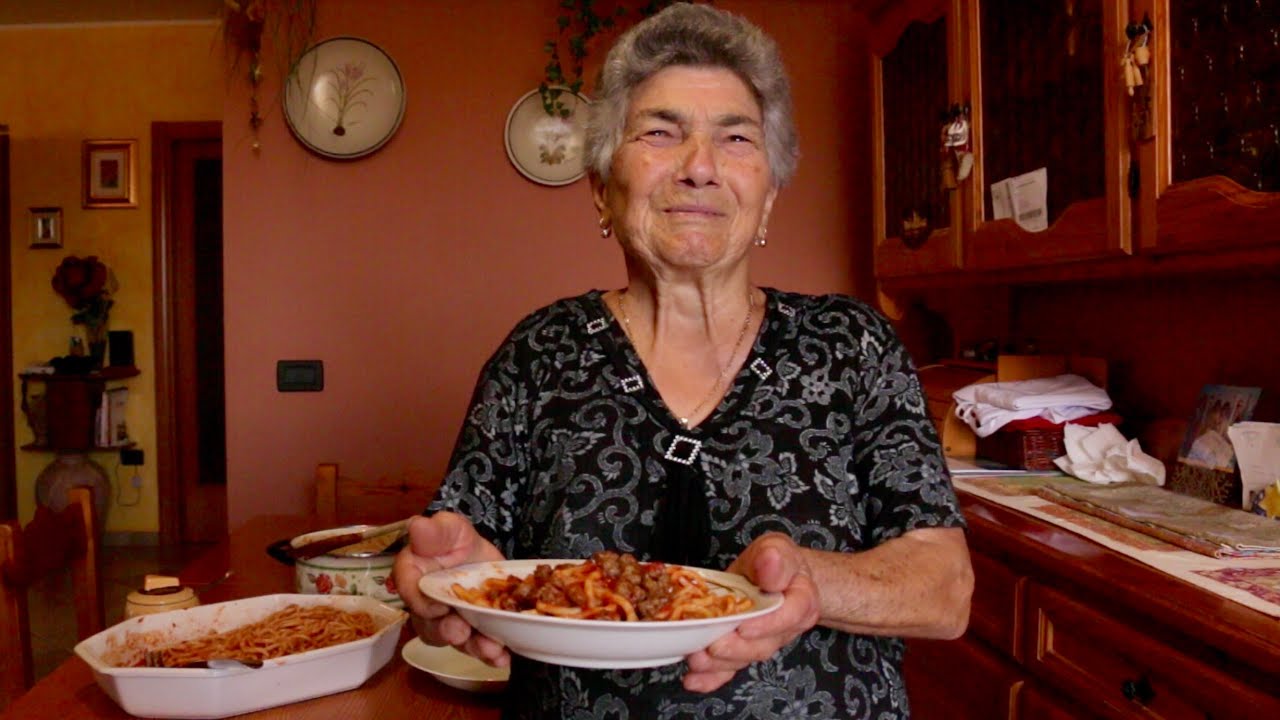 Do you want to tell her spaghetti and meatballs aren’t authentic?

Some of the women are “tiny” and they have to climb up on little platforms (do they sell them in Italy?) as they enter into the hand to food combat known as kneading and rolling out the pasta dough. One venerable Sardinian lady kneads the dough for 35(!) minutes before she’s satisfied and then turns the lump into intricate little intertwined loops.

Sometimes family members take part (like the adult grandson who emerges to wipe the sweat from nonna’s brow in mid-knead) and it’s fun to watch the interplay when there’s more than one granny. One has to nudge her friend’s elbow to remind her to introduce herself and when they watch each other work there’s some silent… appraising going on. They’re not going to openly criticize each other’s technique but slightly tilted heads and the occasional raised eyebrow give that game away.

Italy is of course notoriously conservative when it comes to food and proprietary traditional recipes so it’s also fun when the grannies whip up something that might make some Italians mad at food like meatballs in tomato sauce (not just an Italian American thing after all).

Of course it makes me want to start making pasta though I’m pretty sure I’d be terrible at it and just make an infernal mess in the kitchen, so for now I’ll leave it to these ladies.

Like Loading...
This entry was posted in Uncategorized and tagged food, Italian food, what I'm watching. Bookmark the permalink.