I’ve started watching La casa de papel (lit: The house of paper, much better than the dumb official English title) a Spanish netflix series.  I’m about a third of the way through the first season. 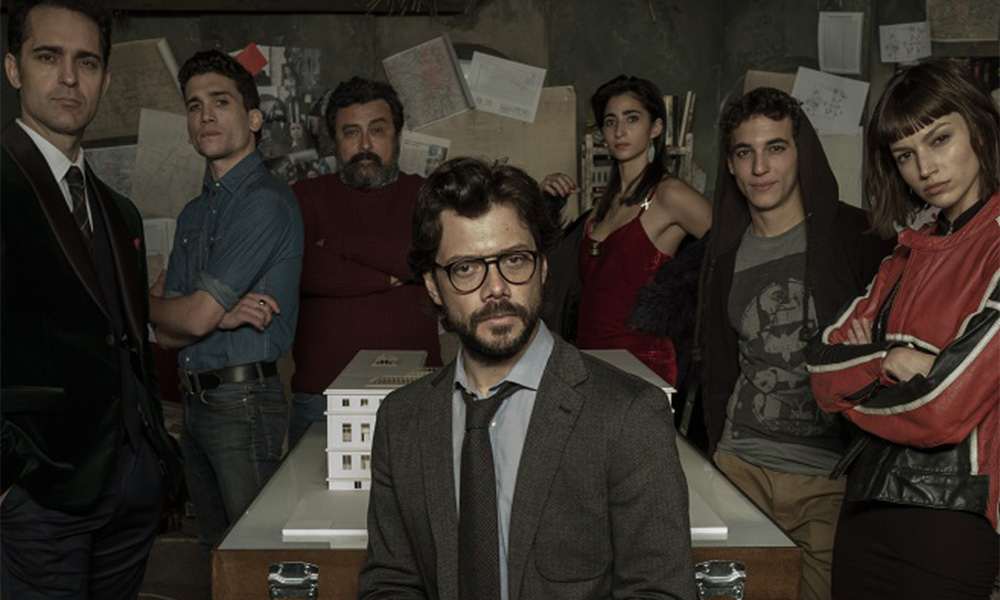 Let’s adopt the Euro.. what could possibly go wrong?

The basic idea is that a group of thieves with various skills are brought together by a mastermind with a diabolically clever plan to take over the Spanish national mint and print a bunch o’ dinero before escaping.

By the third episode it’s clear that the theme of the series is that economic policy and planning can never account for human nature with all of its flaws and virtues and that the most meticulous plans that don’t take human nature into account will always fail because human beings are human and not programmable walking apps.

That is I was thinking of it as a cautionary tale of how Spain was brought down by a corrupt government that wanted to go on a wild spending spree with the Euro and held the public hostage once that plan went belly up.

But that was too pat and not as subversive as I think the show might be (it’s hard to say Spanish series often start off with interesting premises and quickly devolve into soap opera nonsense).

Now I’m thinking that the metaphorical players are:

The gang: The EU (which is why the gang members’ nick names are all foreign cities like Berlin and Helsinki). Also, their clueless idea that the public supports them…

The hostages: The Spanish public

The police: The Spanish government, flawed and often stupid but really trying to rescue the public from their position of EU austerity hostages…

Like Loading...
This entry was posted in Uncategorized and tagged Euro, metaphor, Spain, what I'm watching. Bookmark the permalink.