First it started with highlight reels of entitled, but late, passengers losing their shit on finding out they won’t make it onto their budget airline flight. Then it morphed into ungracious hosts and finicky guests smilingly savaging each other’s food and personalities. Then it devolved into the despairing world of border patrol. Yeah, I went on a British reality kick.

The most interesting of these is UK Border Force which follows… UK border officials as they search for people who should not be in the UK or as it tries to keep them out (in Heathrow Airport). It’s completely dramatic and fascinating and I can understand why only two seasons were made as it’s liable to drive anyone into a rage. 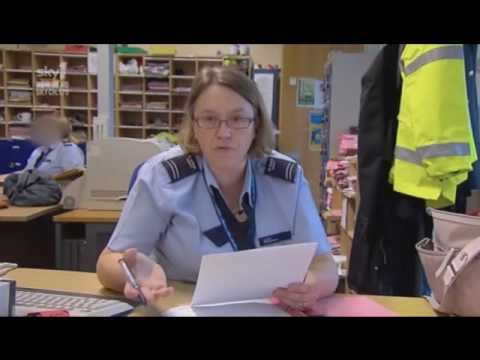 If she wants to have a word with you… you’re probably screwed.

Those who want some kind of control over who gets into the country will be enraged out how people who clearly don’t have any business or legal right to be in the UK get around regulations (if you destroy your passport and are okay with sub-low wage jobs in take out food places you can essentially stay forever). At other times, people are let in conditionally to wrap up their affairs before leaving the country – and never heard from again.

Those who want a generous migration policy won’t be happy at the way border officials dun away at people with no resources are frightened at the prospect of being turned away or taken into custody to be returned to their shithole no future countries.

For myself I’m driven into a rage at the… hypocrisy behind UK policy. I fully understand that far too many people would like to live the UK than the country can admit and anyone in favor of open borders should be shamed into silence (if they’re capable of shame) by the shear numbers as tens of thousands of people apply to go the UK every week in former colonies. It’s a small crowded country and open borders would mean absolute ecological devastation. What drives me crazy is the vast amount of of effort and manpower that goes into tracking down what are, in the final analysis, very small time operators while the UK rolls out the red carpet for murderous scum (like Russian oligarchs or Gulf Arab princes and the like) as long as they bring enough money to satisfy the endless appetite of the City of London for international capital.

It’s gripping TV but very uncomfortable to watch and I can’t imagine anything has gotten better or that the numbers of people drawn to the UK like a moth to the flame have grown smaller.

Like Loading...
This entry was posted in Uncategorized and tagged migration, Open Borders, UK. Bookmark the permalink.