The Teacher, Favors, Guilt and Persecution

After the collapse of communism in 1989, there have not been a whole lot of interesting movies made about the communist period in Eastern Europe (as opposed to the communist period itself when many brilliant movies were made about the failings of the system). There are lot of complex reasons for this including the fact that big international financing is uninterested in anything realistic and the countries themselves have not really begun to deal with the collective trauma of communism in any kind of productive way.

All this makes The Teacher (Učiteľka , 2016) all the more valuable. It’s not about grim totalitarian oppression or heroic dissidents (the only notes most modern movies understand). Instead it’s set at ground level as people try to deal with unpalatable circumstances as best they can.

Set in 1983 Czechoslovakia, the movie is set at a middle school on the outskirts of Bratislava (now Slovakia). An emergency meeting of parents has been called around the New Year (1984) because of complaints about the titular teacher and the movie alternates scenes of the parents meeting with flashbacks of the semester. On the first day of class Mária Dazdechová (a new Russian, Slovak and history teacher) asks each student the professions of their parents, information which she methodically writes down in her little black book. 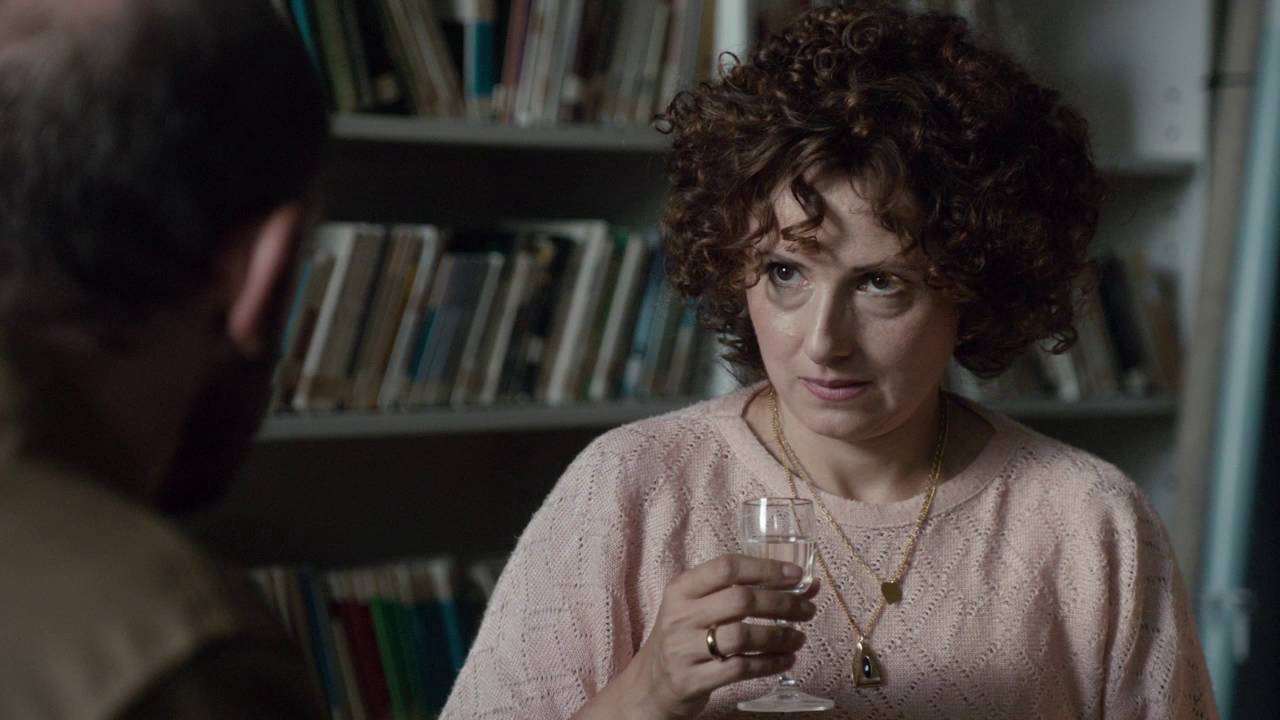 As the story unfolds Drazdechová methodically exploits the parents who “volunteer” to perform various services for her, from free hairdressing to standing in the dreary shopping lines that made up much of daily life of the period. In return she casually drops hints about which chapters the students should be prepping. Not everyone can fulfill her requests though and she carries out a campaign of public humiliation and verbal abuse of the children of parents who do not sufficiently appease her.

The meeting has been called to convince the parents to sign a petition to remove the teacher whose tyranny has led to an attempted suicide. This proves to be harder than might be imagined. Drazdechová is a military widow with a position in the local party and she has a lot of defenders at the meeting, including a party delegate.

As the teacher Zuzana Mauréry is great as she projects a kind of buxom earthy warmness that devolves into viciousness at the drop of a missed favor. At times she’s almost likeable sneaking drinks with a parent at her desk and at others a little pathetic as she pursues the estranged and stigmatized husband of a defector – implying she can have him returned to being a university professor (he’s been demoted to window washing) if he’ll just return her affections already.

Visually the film captures the “look” of communism in the 1970s and 80s, characterized not by grey dreariness but rather a kind of awkward minimalism combined with delirious patterns and clashing colors, something like US design in the 1970s but a little more unhinged. It’s a look that I actually really like but it’s not for everyone. I especially like the bright red tiles in the restroom.

Where the movie is at its best is in the endless rationalizations that made up life under communism. The parents rationalize their subservience to the teacher and viciously attack the parents of the girl who tried to kill herself. Their lives are so poisoned by free floating guilt and complicity they even have to rationalize the occasional small decent gestures they make. The biggest social toll of communism wasn’t the overt political or economic repression but the endless cloud of guilt and compromise where almost all human relations were touched by public or private corruption.

At the end of the movie there is a jump ahead to 1991 with a suggestion that the more things change… But I think that’s a little unfair. There was no way to undo the societal damage done by communism in a few months or even a few years, it’s a process that takes decades and requires a lot of dialogue that almost no one wants. It’s a bit like therapy, the promise of a better condition at some unspecified future time is not enough to overcome the dread of the treatment. Even minor movies like this can help push that along.