Halfway through Westworld now. It’s becoming more obvious that the main theme is the emergence of artificial consciousness (what people mean when they say artificial intelligence). Ex Machina took the emergence of consciousness for granted (since it was more about the moral status of a conscious non-organic person) but this show is about the transition from automatic to self-conscious functioning. It’s interesting that it’s treated as a language carried virus (from Dolores’s father to Dolores to Maeve).

My least favorite aspect so far are some of the line readings from some of the non-native English speakers. I loved Sidse Babett Knudsen in Borgen but her timing is just off here and it sometimes jars and sounds unnatural. She still has her moments as in the scene on the veranda with Ford as she slowly begins to realize how out of her depth she is, but her future shouldn’t be in English language work.

My second least favorite thing was the boring whorehouse in Pariah, a fourteen year old boy’s idea of sexual decadence. 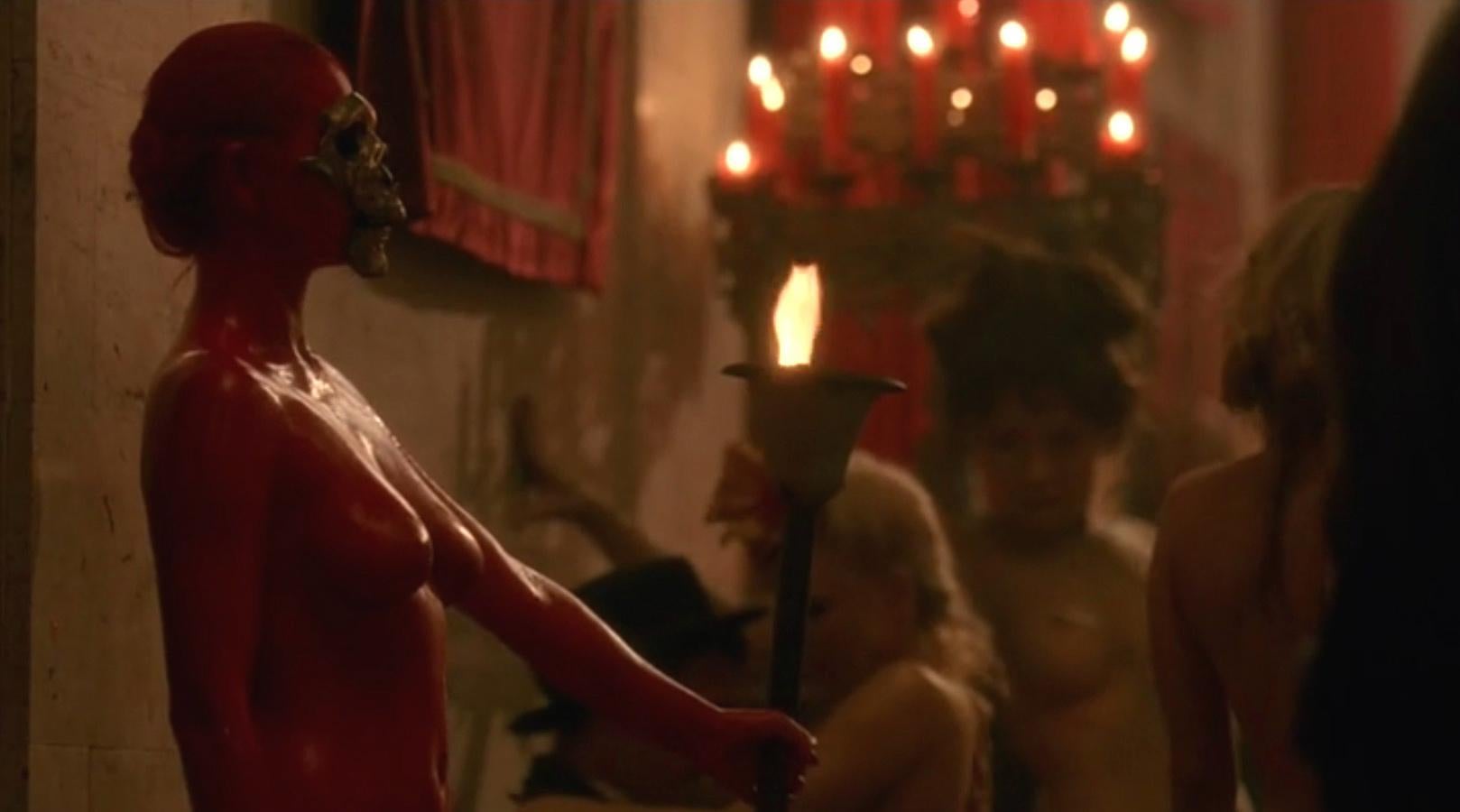 My favorite character so far is easily Maeve. Unlike Dolores who’s carefully being coaxed into consciousness by Bernard and carefully attended to by William Maeve finds herself crashing into consciousness all on her own in terrifying ways. The scene where she wakes up on the table and wanders around the facility is amazing.

It does make sense that a host programmed to be a madame would start wandering into consciousness.

Bad girls have consciousness thrust upon them….

I’m fairly sure the quality will dip as the show’s ambitions are a little too large for the format but it’s still a great ride.